Re: Race and Cultural Marxism

I am and I am not a cradle Lutheran; I am in the sense that I had the good fortune to attend a Lutheran (yes, LCMS) school from preschool through eighth grade, and I am not in the sense that my parents were (and, sadly, still are) not Lutheran, and so I did not attend a Lutheran church in my youth. This is to say, then, that, for me, joining the LCMS was a deliberative and an intentional decision. I took my time and I read a great deal when selecting a tradition; I made my decision with one central criterion: fidelity to God’s Word. I found such fidelity in only one tradition — the Lutheran tradition. Consequently, it is with heavy heart that I now observe the beginnings of the sort of compromise that has already claimed so many churches.

As you are undoubtedly aware — for what man could not be? — affairs in the left-hand kingdom are, as of late, even more disordered than normal. In fact, the country is likely trending toward civil war, and some are not merely cheering that process, but actively pushing for it. For those versed in the thinking of the Frankfurt School, much of what is transpiring is transparent. On the one hand, I must give you, my brother in Christ, the benefit of the doubt — which is to say I must presume that you are not familiar with the Frankfurt School — but, on the other hand, you are a pastor and a leader in the Church, and so James 3:1 is undoubtedly often before your eyes and, further, I would be remiss in my duty to you as a brother if I did not correct your error. America’s “original sin” is not “legal racism”, and to advance such a claim is to abandon Scripture, to teach, at best, heterodoxy. There is only one original sin — and that is original sin — and it falls below the level of orthodoxy to teach anything else. Even if the turn of phrase was meant as rhetoric and not didacticism, it is still pernicious — particularly to the untrained among the laity — and must, therefore, be avoided. We must not cause little ones to stumble.

As an attorney, I am inclined to comment further upon the inappropriateness of your article of June 2nd, but I will, instead, delve into the underlying issues, which are of the utmost importance — and that will become only the more true in coming years. First, there is the issue of race. Many are incredibly — even deliberately — sloppy when speaking of this topic, but we do not have that luxury, and you particularly do not when speaking for the Church, or the Synod. In the US (and elsewhere), at least two distinct concepts are all too often conflated when discussing race: racialism and racism. The latter is animus harbored toward others on the basis of race; this is clearly a violation of the Fifth Commandment and so may be properly condemned by Christians and by the Church. The former is a biological reality — the fact that there are differences between and among the races of man — and, as such, is not sin and should not be condemned by Christians or the Church.

As should be obvious, race is one of the primary issues that the devil and the world are now using in an attempt to destroy the Synod. In no uncertain terms: What we are risking is schism, and such a schism as would make Seminex appear to be a playground spat. I dearly love my Synod and thus would seek to prevent harm to her and to her members, and that is the primary reason I write this letter. Unchecked — or, worse, given cover by ill-considered articles — this cancer will grow, metastasize, and destroy what our forebears, by and with the grace of God and the work of the Holy Spirit, built here in America. In a continent dark with chialism, Zionism, dispensationalism, works righteousness, and dozens of other heresies, our Synod is a beacon on a hill, a last bastion where the Word is proclaimed and the Sacraments are rightly administered. We must not yield an inch. Given any purchase, the world will destroy us and Satan will devour us. And so I return to race and the Frankfurt School.

Without straying too far into the muck and the mire, it suffices to say that the Frankfurt School is a utopian school of thought that is, more or less, the result of merging Freud and Marx (with some contributions from some other thinkers). A central contention of Cultural Marxism (the ideology of the Frankfurt School) is that all of humanity may be divided into oppressors and oppressed. It is the duty of the oppressed to resist the oppressors and the duty of the oppressors to yield. There is no forgiveness in the system, and no rational stopping point exists for the revolutionary spirit it pursues — semper tumultus. In Marxist thought, you and I are oppressors, for, among other things, we are White and male. As there is no forgiveness and you are an oppressor by virtue of your very nature, nothing you do will ever be enough — you may apologize, you may beg for forgiveness, and you may grovel, but you will always be an oppressor and they will always oppose — always hate — you. If you are looking for violations of the Fifth Commandment, Cultural Marxism has elevated such violations to the level of religious orthodoxy.

It will benefit you and, more importantly, the Synod nothing to cave to the Marxists. Already the astroturfing campaigns have begun (e.g., “Lutherans for Racial Justice”). In addition to the troubling rise of antinomianism (Forde), the Synod must now also combat Marxist subversion. Few good men wish to live through evil days or to see the evil of those days, but we are called only to do what we can with what we have been given. Our tradition, our history, and our Church are under assault, and, as men, we are called to defend them. The duty, first and foremost, of the Synod is to care for the sheep entrusted to her care, and that is done with Word and Sacrament, not with bowing to the culture or avoiding controversy at the expense of doctrine. If our forebears could stand before princes, kings, and emperors, then we can certainly stand before the angry mob.

I will close with a more personal accounting of the issues addressed. As mentioned earlier, I am White, and so, naturally, are my siblings. God has not yet blessed me with a wife, and so I have no children of my own, but I do have two nephews. They are, as I am, White. They will grow up in a world that is increasingly hostile to them purely on the basis of race. They will be ineligible for many scholarships, for many government and other programs, and they will be exposed to a Media that constantly attacks Whites and White culture. The suicide rate among White males is already alarmingly high; I shudder to think what it will be for the next generation. The Church should not be just another voice in the chorus of condemnation, and yet many American churches are precisely that — and the same trend is clearly present in the LCMS (and has been for decades). My sister and brother-in-law are not (yet) Lutheran, but how am I to speak to them or my nephews about the truth of an institution that seems increasingly hostile to them — perhaps even to their very existence? And this is the same problem I encounter with friends and colleagues who have left the faith or who were never part of it. Why would they join a cultural institution (and such the church becomes when it follows the culture) that teaches they are guilty based solely on the color of their skin? I receive no fewer than hundreds of emails per year advertising opportunities for those who are not both male and White; I receive not one for those who are both White and male. The Synod is on the path to becoming just another voice in that choir.

I am aware that Synodical polity limits what you may do, but you do have control over your own pen. In a Synod that is predominantly White, in a culture that is increasingly hostile to your members primarily on the basis of race, just about the last thing your sheep need to hear is their shepherds telling them that the culture is right. If you wish to endanger — and lose — more souls, then continue down this path. For my part, I cannot do otherwise than stand here, on Scripture, on the Confessions, and on my convictions. If Paul could, in the Spirit, write that he would have his name erased from the Book of Life to save his people, then the least I can do is stain my fingers with a bit of ink and continue to earn myself detractors on social media. I take seriously Paul’s words to Timothy, and, seeing no natural terminus, I conclude there are concentric circles of duties owed — the greater to our own. God instituted and loves the family — immediate and extended; Cultural Marxists would destroy the family. I know which side I have chosen.

Sincerely and as a brother in Christ, 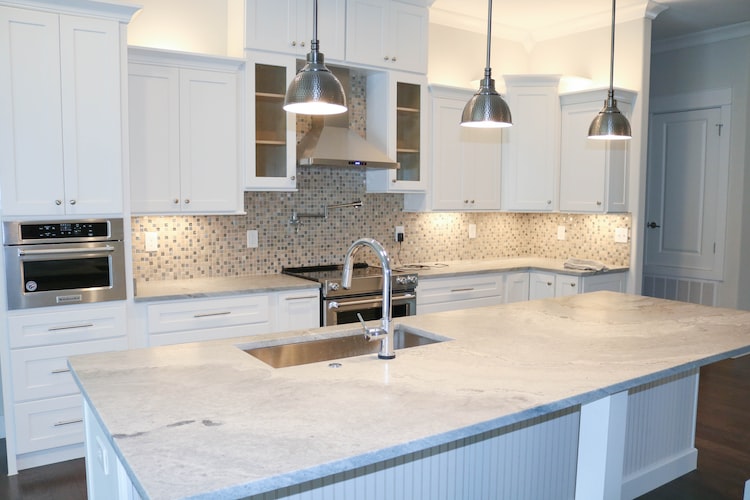